Every one of these birds are unique and has a personality of his own. It's our privilege to get to know them, and our responsibility to protect them. He are our current residents. 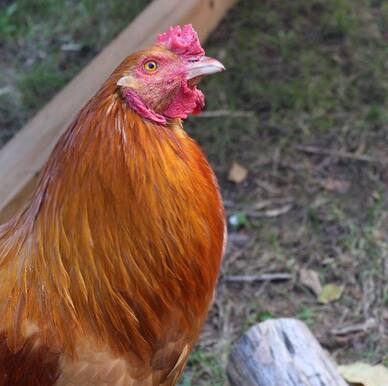 NACHO
​Nacho, our 1st rescue. He was hatched in a kindergarten classroom with his brothers Cain and Koda, then given away to a backyard chicken farmer. Once he started crowing, he was no longer wanted because roosters were prohibited. 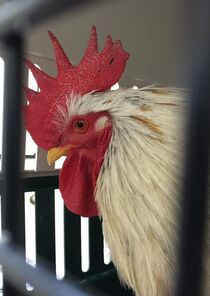 
​​Koda, our 2nd rescue. He was hatched in a kindergarten classroom with his brothers Cain and Nacho, then given away to a backyard chicken farmer. Once he started crowing, he was no longer wanted because roosters were prohibited.

​
​Kipper, our 5th rescue. He escaped a cockfighting operation in Colorado. He was found near death and nursed back to health by a vet for a couple of months and then made his journey to us. You will notice he looks different than our other rescues, as it is a common practice in cockfighting to cut off their combs and wattles. Kipper was named by donor Shari Maci and her son Bradley. 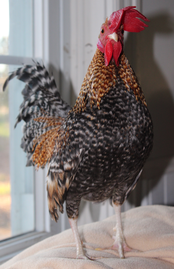 
​​Giles, our 9th rescue. He's a little tiny guy with a giant personality. Someone had him in their yard tied to a tree by one leg. He managed to twist the rope around the tree and got his legs and neck stuck. Luckily the neighbor called animal control and they took him in. He was named by donor Marie DuCharme. 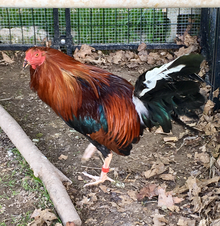 
Sam Shepard is our 12th rescue. He was seized from a cockfighting operation in Colorado. He was named by donor Gina Easley. 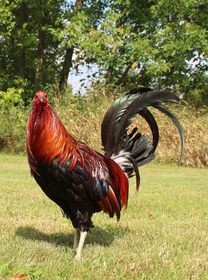 
​Vitto is our 13th rescue. He was seized from a cockfighting operation in Colorado. He was named by donor Joan Stepp Smith. 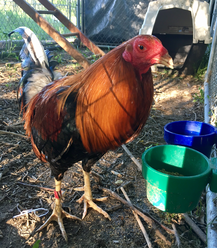 
Louie is our 14th rescue. He was seized from a cockfighting operation in Colorado. He was named by donor Becky Hopkins. 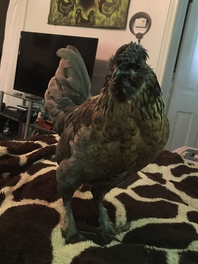 
​Logan, our 15th rescue. He was living with a nice family in WI but the neighbors were not having it. He was named by donor Molly Emery. 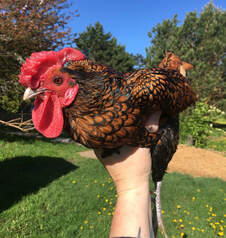 
Woodstock, our 16th rescue. He was living with a nice family in WI but the neighbor wasn't having it. He was named by donors Cathy and Jeff Gunderson. 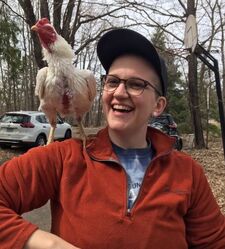 Simon, our 17th rescue. He was found as a stray and has a very sweet and gentle personality. He was named by donor Jess Karjalainen. 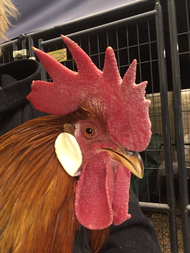 
Ray, our 23rd rescue. He was homeless and cold on the streets until our board member Amy found him and brought him to safety. He was named by donor Jen Andrews. 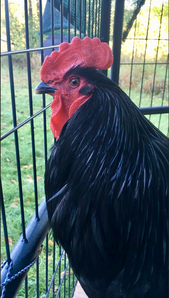 Thompson, our 25th rescue. He was purchased as a 2 day old chick from a store in May 2017. The buyer thought he was a she and once he started crowing, he was no longer allowed by the county. We don’t normally take “oops roosters” but we took Thompson under the condition that the “buyer” agreed to never buy chicks again. 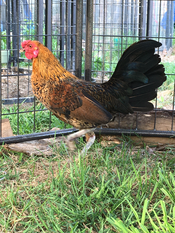 
Strut is our 26th rescue. He was found wandering in St. Paul near a warehouse with another rooster and hen. He was named by Clara Bordwell. 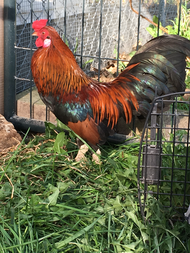 
Joey is our 27th rescue. He was found wandering in St. Paul near a warehouse with another rooster and hen. He was named by TJ Long. 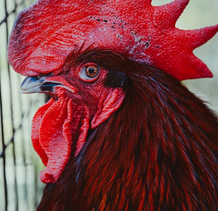 Triton is our 28th rescue. He was found after escaping certain death at a slaughterhouse. He is very sweet and we are honored to have him join our family. He was named by his rescuers. Photo not Captured by Brooke 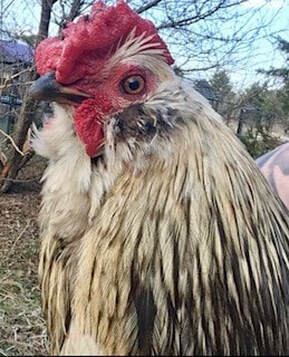 
Flo-Rida is our 31st rescue. He is an “oops rooster” and after turning a year old the neighbors complained about his crowing. The police were going to seize him so he came here. The nice lady who cared for him for a year used to sing to him and his favorite song is “Somewhere Over the Rainbow.”

​Reggie is our 32nd rescue.  He was found wandering in a daycare parking lot.  He is a tiny little sweet bird and we are so lucky to have him!  He was named by our lovely board member Dan Kigelman. 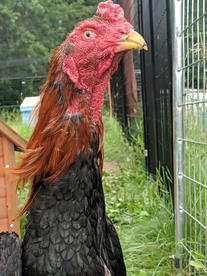 Buster is our 33rd rescue.  A man was walking his dog in St. Paul and saw Buster in a box in the gutter, thinking he was a stuffed animal.  When Duane leaned over he saw Buster blink so he took him home and networked until he found us.  Buster is an ex-fighter who was used and exploited and then dumped like trash, with injuries to his head.  He is unbelievably trusting and we think he realizes he is safe in his forever home.  Cockfighting is illegal in the United States. 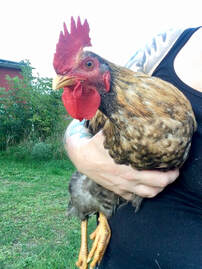 Bubbles is our 35th rescue.  A dog found him and brought him home to his vegan parents and luckily there wasn't a scratch on him! The family attempted to find his home and without any luck they found out about us.  Bubbles was named by our board member Sammy.

Midnight is our 36th rescue.  He was found dodging traffic in St. Paul, MN by a friend of ours who contacted us while we were exhibiting at Twin Cities Veg Fest so she brought him over and we got him to the ER for fluids and vitamins.  He is very emaciated and on his way to getting healthier every day.  He was named by Jessica, an employee at Como Park Animal Hospital. 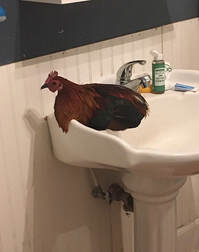 
Phoenix is our 37th rescue.  He was found in a parking lot in St. Paul, MN surviving temperatures of 3 degrees fahrenheit.  He would have not survived out there if his rescuer didn't catch him and bring him to us.  He was named by our board member Ella Tilseth. 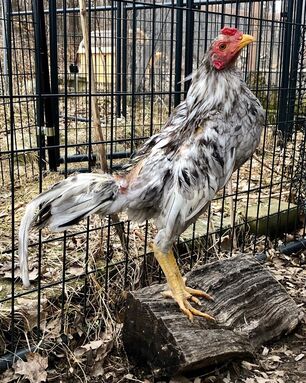 
Lloyd is our 38th rescue.  We pulled him from animal control after he was found wandering in the city.  He is most likely an ex-fighter who was dumped or strayed away from the operation.  He was named by Kirsten who alerted us of his present in the shelter. 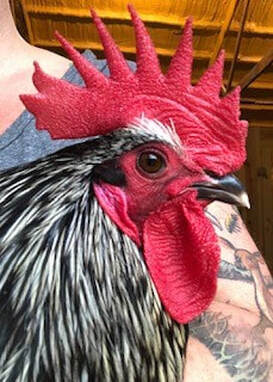 
Vee is our 39th rescue.  He was hatched in a school classroom and a fellow vegan gave him a home afterwards.  She was unable to keep him due to her neighborhood not allowing roosters.  As you can see, he is quite stunning. 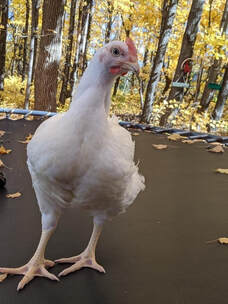 Elton, our 40th rescue.  He was surrendered to activists from a wet market in Chicago, IL.  He was slated for slaughter and is now living safe and sound with us.  He was named by sanctuary dad Jay Bowman.
Meet the rest of the family